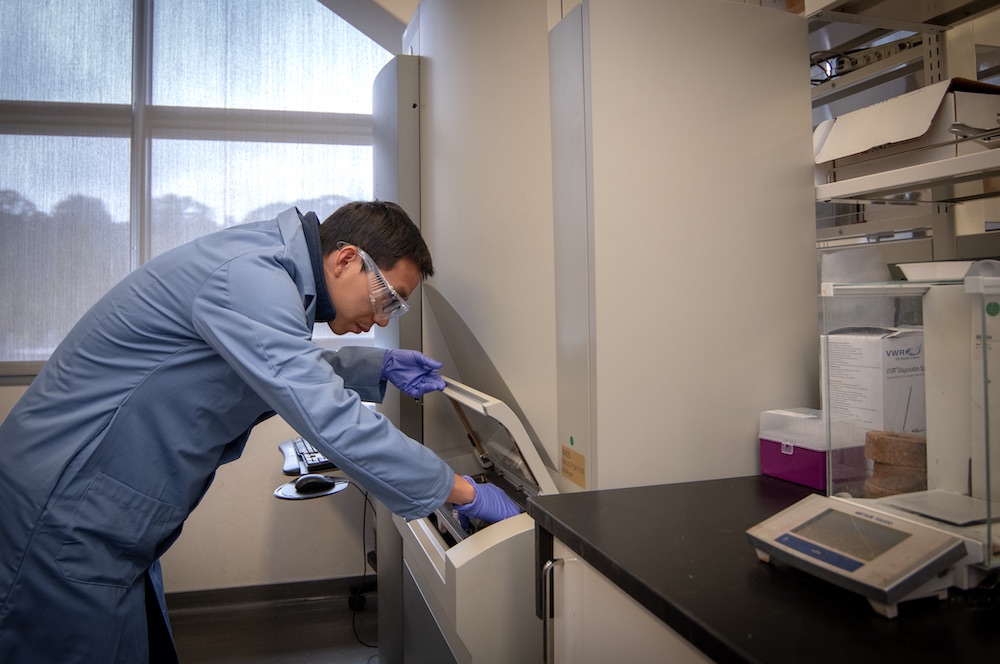 One of the aspects of lithium-ion batteries least understood by scientists has now been elucidated by a new research approach, opening the door to major improvements in battery performance, according to a new study by Berkeley Lab scientists.

Their study, recently published in the journal Joule, used a technique developed by Berkeley Lab battery scientists in the Energy Technologies Area to illustrate the structures of large organic molecules generated during battery operation. These molecules are known to reside in a part of the battery called the solid-electrolyte interphase (SEI) layer, which is poorly understood but has a critical impact on battery performance.

The researchers used a unique technique of “on-electrode chromatography” coupled with matrix-assisted laser desorption/ionization (MALDI) diagnostic capability at Berkeley Lab’s Molecular Foundry to separate and illustrate the structures of large organic molecules generated during battery operation. On-electrode chromatography allows the separation of organic molecules on the surface of the electrode. MALDI is typically used to characterize biomolecules such as proteins and peptides.

This coupled approach, used successfully for the first time in battery research, is highly adoptable as it uses commercially available instrumentation. It will allow scientists to precisely, quickly, and conveniently identify the molecules in the battery, including their structures and weight distributions.

Yi Liu of the Molecular Foundry was also a corresponding author.